America’s Cup veteran Dean Barker has described the new foiling monohull as “a real challenge” as he looks to transfer the catamaran instincts to the new platform.

The former Team New Zealand skipper is now on the wheel of American Magic, the New York Yacht Club’s syndicate for the 2021 America’s Cup in Auckland.

Barker who sailed the massive 72-foot Kiwi catamaran in San Francisco in 2013 and then Team Japan’s 50-foot foiling cat in Bermuda last year, is getting a taste of the potential of the new monohull as he steers the American Magic test boat. 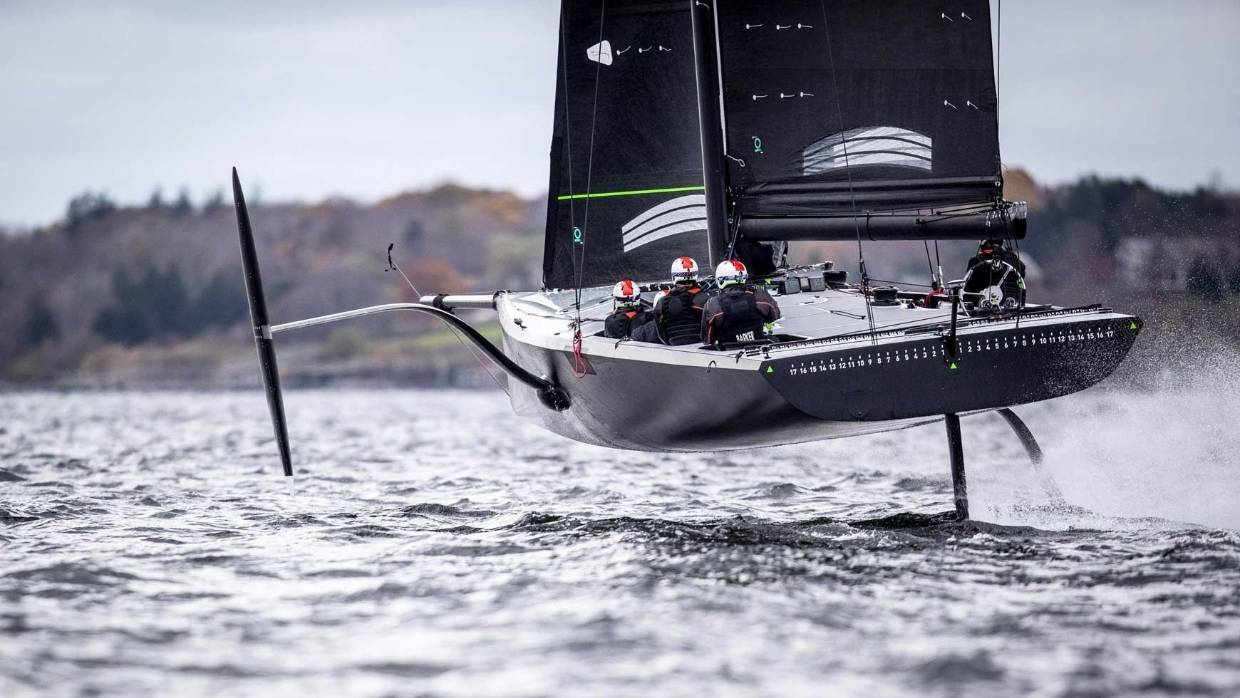 It’s just under 38-foot, the maximums test size allowed for the 75-foot monster monohulls that will be sailed in Auckland.

American Magic have followed INEOS Team UK who have a 28-foot test boat in the water as they look to discover the magic ingredients in design and performance.

“Learning to sail this boat is going to be a real challenge. Already we have seen higher speeds and the boats demand really good control systems and everything else, as much as we had in the catamarans,” Barker, hired by the Americans because of his extensive foiling experience in big boats, told Sailing World.

“So yes, it is going through and trying to develop a lot of those systems. I guess understanding how to sail the boat, like the instincts that we learnt in the catamarans, is going to be transferable to this boat.

“There are different characteristics we are seeing already, but for us it is very early days.”

Barker said they were watching closely how the Brits under Sir Ben Ainslie were progressing in their test boat.

While there has been video released of both syndicates straight line foiling in the test boats nothing has been seen of turning procedures.

“We have obviously been interested to see how Ben and his guys have been going in their test boat because clearly that was the first of its kind in the water,” Barker said.

“So there are interesting things to learn just from what we have seen here, but nothing like getting your own boat on the water and learning first hand.”

Defenders Emirates Team New Zealand aren’t planning on the time and expense involved in a test boat programme, preferring to use simulators which were the basis of their successful buildup for Bermuda.

But they are also keeping a close eye on the testing of their rivals in the UK and US. 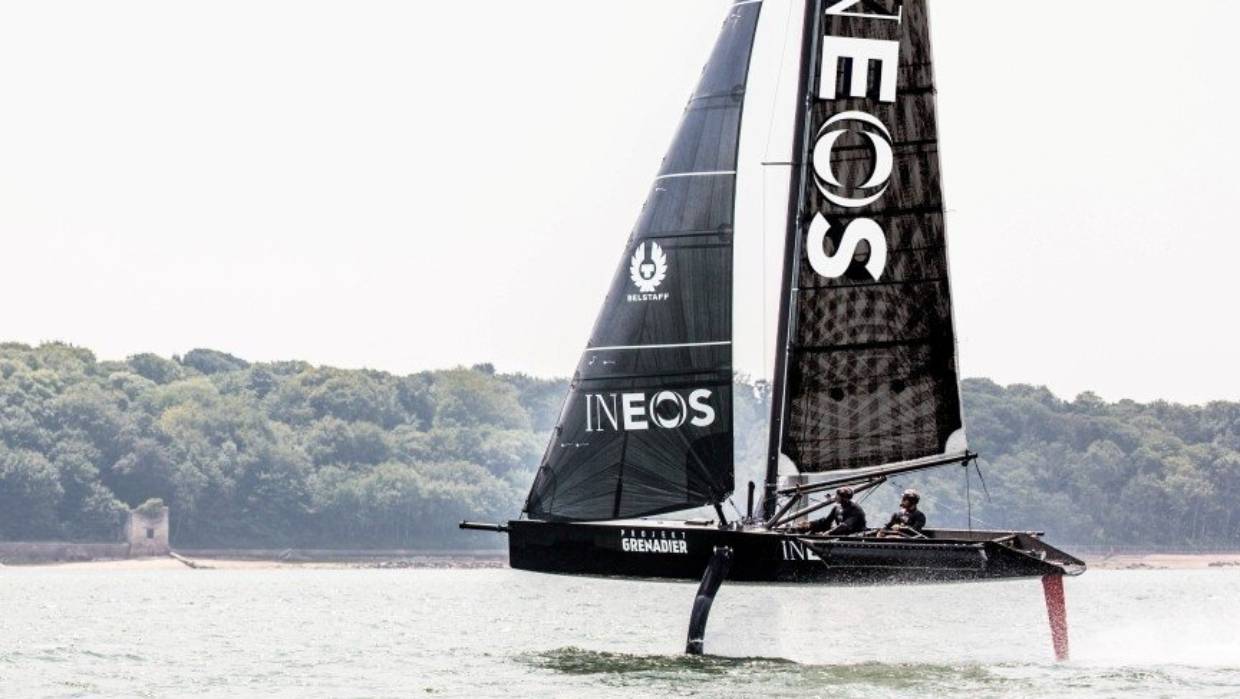 The British have recruited design ace Nick Holroyd who changed the foiling game with Team New Zealand San Francisco and worked with Team Japan in Bermuda.

Holroyd says, as always, there is a “risk and reward” feel with the new boat.

“The process last time was actually looking at how the boat was going to be sailed. It’s the same this time. Where is the power to come from, what are the mechanics and how to do it, and the conclusion of that study is a very different way of sailing the boat,” Holroyd told Sailing World.

“One of the things to be careful with here is to not fall into the trap of fighting yesterday’s war. The power consumption, and the mechanics of the catamaran are one thing, and this boat will be different. So we need to look at this class rule very carefully.

“We have moved away from the design team being naval architects, structures and mechanical engineers. Now, the whole process is control systems, electronics and high-end hydraulics.”

Italian Challenger of Record Luna Rossa have German Martin Fisher, an acknowledged foils guru, back on board for Auckland 2021.

He believes the foiling monohulls bring new opportunities in design.

“The monohulls are simply more aerodynamic in the air than a catamaran, which leads to the paradoxical story that we are now greatly optimising the hull shape of the boat for aerodynamic aspects. We do not care so much about hydrodynamics because the yachts will fly over the water most of the time anyway,” Fisher told a German publication.

He predicted a new way of sailing to evolve out of this America’s Cup.

“On monohulls the foils are outside the maximum width. That makes the acceleration phase quite difficult. But once the boat gets out of the water, it gets very, very fast. We expect that the boats will be even faster than the catamarans and can reach a speed of more than 50 knots.”