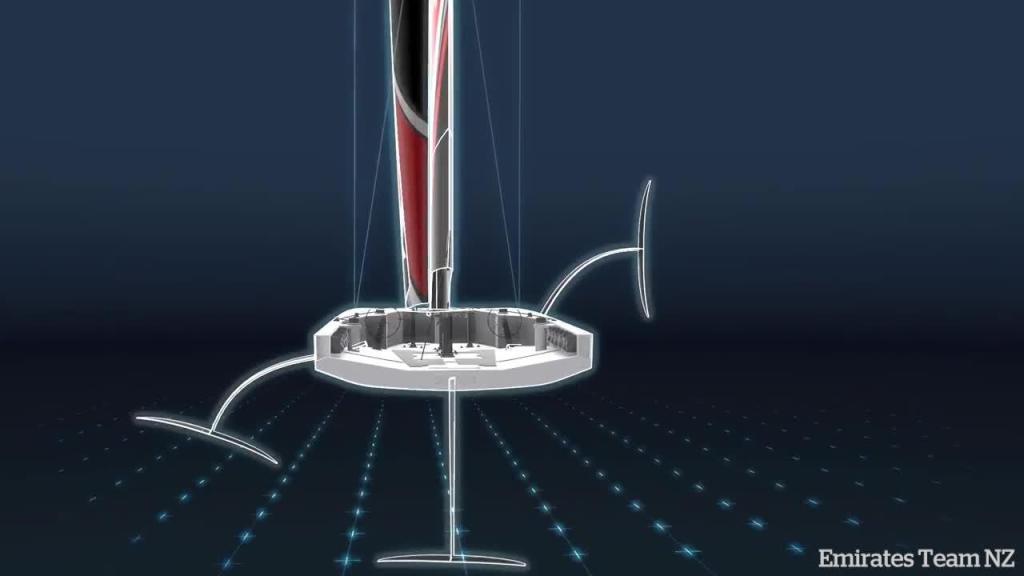 An America’s Cup great is predicting the new boats for the 2021 event could break the 50-knot barrier.

Australian Grant Simmer is the CEO of Britain’s Ben Ainslie Racing for the next campaign and expects even faster boats than last year’s regatta in Bermuda.

America’s Cup holders Team New Zealand and Italian syndicate Luna Ross worked together on the new design which was revealed in November.

The two teams believe they have come up with a class that will be challenging and demanding to sail but accessible to a wider group of sailors.

“It can go up to 50 knots and potentially over 50 knots,” Simmer told World Sailing Show.

The highest speed recorded in an America’s Cup race is 47.57 knots by Team New Zealand in the AC72s raced in 2013.

“It’s bold, it’s radical, it’s exciting. Tactically it’s really exciting and it will be really challenging for the sailors to sail it because they have just never sailed a boat like that before,” Simmer, part of Oracle Team USA in the last two America’s Cup events, added about the new design.

“Why is it so fast? Because it has a lot of righting moment and it only has a rudder foil and a t-foil in the water.”

“Our analysis of the performance of the foiling monohulls tells us that once the boat is up and foiling, the boat has the potential to be faster than an AC50 both upwind and downwind.”

The new design has its critics however.

Brian Hancock, one of the most experienced offshore sailors in the States, shared his thoughts on the design on sailing website Sailing Anarchy last month and said he didn’t believe the new vessels will fix the issues spectators had with the multihull design used in in 2017.

“Tacking was slow especially before they figured out how to keep the boat in the air through each tack. As soon as the boat dropped back into the water the speed dropped precipitously,” Hancock said.

“People moaned that they missed the “old” days when monohulls would slam tack their way up the windward leg closely covering their opponent. Catch a good wind shift and you could break through.

“Maybe I am wrong but it seems to me that this design is going to have the same problem that the multihulls had. Tacking is slow and the boats are going to drop off their foils.”

Hancock was not impressed by what Team NZ believed could become the future of racing past the 2021 America’s Cup.

“I have always gone with the notion that pretty boats sail fast…This design is anything but pretty. It looks like some kind of space alien.

“This design is a trimaran. The boat is the main hull and the appendages are the two other hulls.”

However, Hancock admired the dependence on the crew that would come with sailing these vessels.

“They are not there to pump hydraulics around. They are there to manage the sails and grind the grinders and, judging by the video, it’s going to take a huge amount of skill to sail one of those boats, especially to keep it up on it’s foil.”