Massimiliano “Max” Sirena is doing all he can to win the America’s Cup for Italy, after 20 years’ trying. And yet he longs to live in New Zealand and spend his days off riding motorbikes with his friend and foe, Grant Dalton, as Suzanne McFadden reports.

In Cagliari – the majestic and historic castled capital of Sardinia – Max Sirena has begun to build a new generation of Luna Rossa.

An abandoned cruise ship terminal on Ichnusa Pier that was never used is being refashioned into the base of the Italian challengers for the America’s Cup; a string of offices will be ready next week to house the 45 designers and sailors who make up the team so far.

For the past few weeks, Sirena, the two-time America’s Cup winner, team director and skipper of Luna Rossa, has been trialling promising young sailors, looking for new blood for his 2021 Cup challenge.

Once a week, he phones Miuccia Prada, one of the most influential fashion designers in the world, and fills her in on how the team is doing. 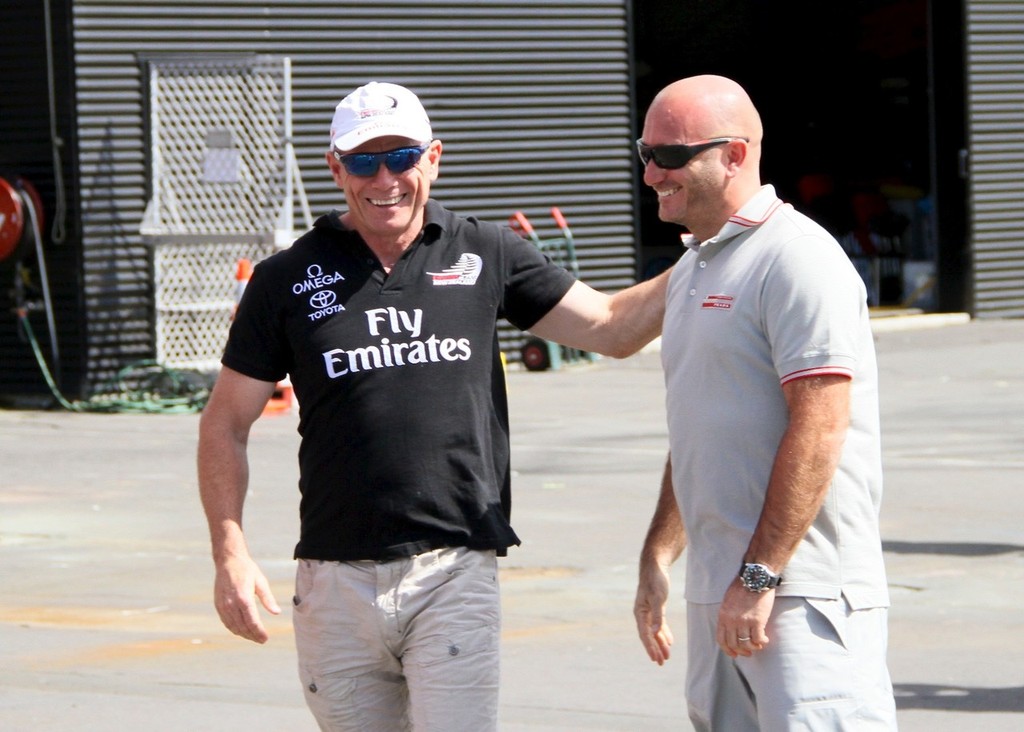 But as much as he has “fallen in love” with this place – especially its crystal clear waters and perfect sailing breeze – and he’s happy in his work preparing the Italians for a serious crack at the Auld Mug, Sirena still pines for Auckland.

He misses the “quality of life” in New Zealand, the friendliness of its people, the ease in which his son could catch a fish, and how he could go riding motorbikes with his close friend, Grant Dalton, on their days off. One day he may live here for good, he says. But most of all he misses the camaraderie and “family” of Emirates Team New Zealand.

Sirena spent 18 months working for the Kiwi team, as technical advisor in their successful acquisition of the America’s Cup last June. He had been pushed to the Cup sidelines when Luna Rossa withdrew their challenge from the 2017 regatta, protesting late changes to the design rules. But Team NZ found a role for him, and he was quickly entrenched in the “team” psyche the New Zealanders are famous for.

Now he is trying to replicate that in Cagliari, and in the team that is beginning to form around him.

“One of the things about Team New Zealand which is hard to understand and see from the outside is how strongly attached people are to this team. It’s like one big family. And I think it’s something that is hard to recreate outside of New Zealand,” Sirena says.

“They have strong leadership, but one of their real strengths is that the full team is the leader of the team; everyone is part of the puzzle. The ‘rock star’ in Team NZ is the whole team. That is hard to understand unless you live it.

“Before Luna Rossa pulled out of the last Cup, I think we were in really good shape. The environment we were working in was pretty similar. So now I’m trying to replicate it. And now that the spirit of Team NZ is even stronger, there is even more motivation in this approach. I like the way we are putting together our puzzle so far.” 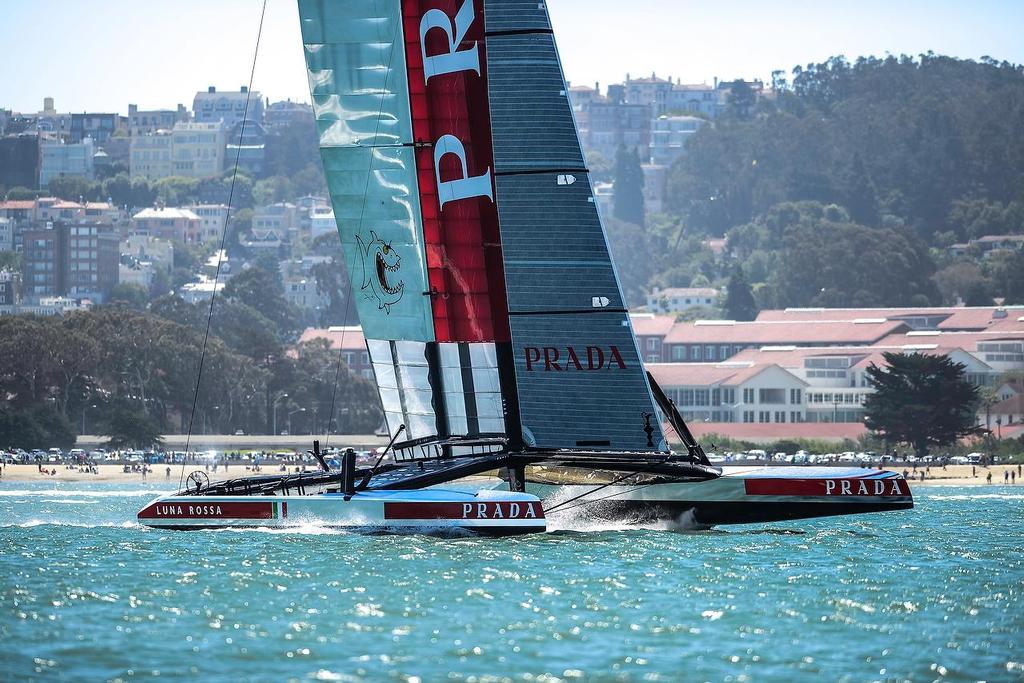 Sirena is still incredibly close to Team NZ. He speaks to them daily; sees Dalton “once a month or month-and-a-half”. It may sound like unusual behaviour for rival teams to be so buddied-up, but as the official Challenger of Record for the next America’s Cup, Luna Rossa have a significant hand in drawing up the new class of boat for 2021, the AC75.

The final design of the radical new monohull on foils will be released to the world on March 31. Until then, two design teams on different sides of the globe continue daily to hone the fine details. They are close to a first draft, Sirena says.

Murray Jones, centre, chats with Sirena and Peter Burling ahead of a practice session in Bermuda. Photo: Supplied
“Foiling is no longer the future; it’s the present, no? It’s going to be a pretty high-performance boat in the sense that it will require pretty good sailors, like any Cup boat. But it will also be a boat that is closer to the user market, like a cruising boat. In reality it will be pretty simple and easy to set up. I can’t tell you everything, but the boat plan will be a good future for the commercial sailing market as well,” he says.

Sirena says there have been no stand-off situations between Team NZ and Luna Rossa since their partnership to stage the next America’s Cup began, literally the second after Peter Burling drove Aotearoa New Zealand over the finish-line in the final race in Bermuda. Others warned the Italian skipper that would not be the case.

“Everyone is the same, they say ‘Oh you guys are going to be fighting from day one, as soon as you start working on the class rule’. But so far, it’s been super positive,” he says.

“One of the other main reasons is that behind the two teams it’s not just Grant and Max. There is also Mr Bertelli [the team principal of Luna Rossa], and Matteo di Nora and the rest of the board of Team NZ. They give the round table talks a lot of stability. They have no personal interest in making money out of the event, because all of them are doing something else in life. But they certainly put their passion behind it.”

No one knows everything that went on behind that Cup apart from those who were involved. Trust me, it wasn’t that easy.

Patrizio Bertelli (or “Mr Bertelli” as team members still reverently call him) has been trying for two decades to win sailing’s holy grail, having made his first appearance at the 2000 regatta in Auckland. This is the closest he has come to playing a weighty part in the running of an America’s Cup.

“He wants to create a good event, a strong event, for the good of the people watching and for the Cup as well,” Sirena says. “He wants to win the Cup obviously, that’s his main goal, but at the same time he’s deeply involved in the organisation of the event, to bring back its credibility. He is very happy.”

In his day job, Bertelli is the CEO of the Prada Group, considered the business genius behind the Italian fashion powerhouse. His wife and business partner, Miuccia Prada, is the celebrated designer of her eponymous label. This time round, Miuccia is taking a more ardent interest in the development of the Luna Rossa team and this prestigious sailing event, because the challenger series (previously the Louis Vuitton Cup) will now bear her name – the Prada Cup. 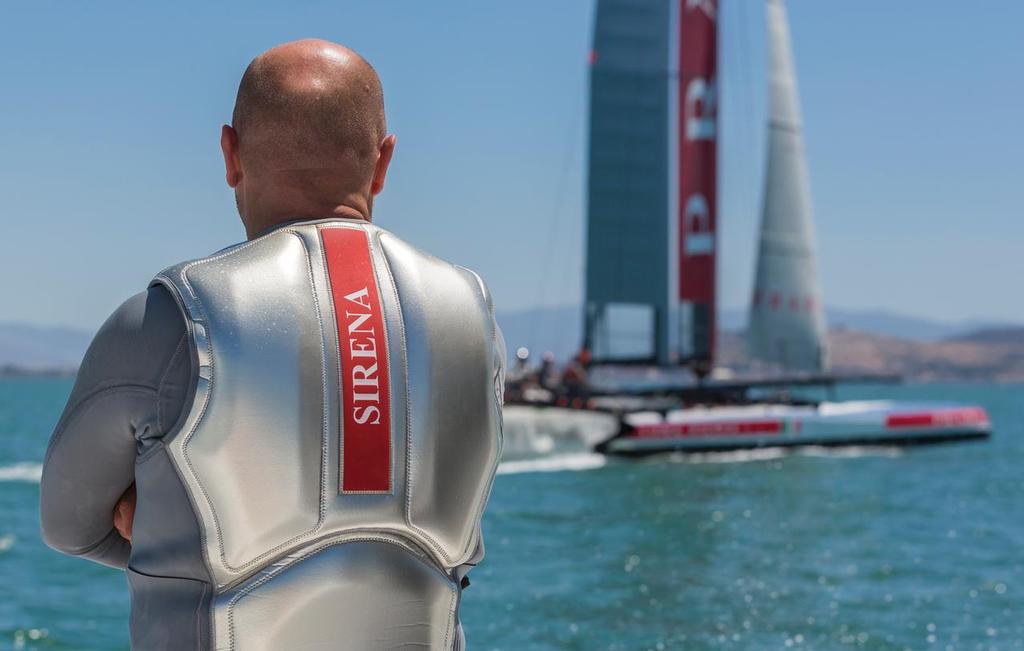 “One of the other good things about Luna Rossa is that the full family is involved. Even Miuccia – I spend minutes on the phone with her. She wants to know more every day, what’s happening, who is on board,” Sirena explains. “Behind everything is Patrizio, but the passion now is shared by the full family.”

But it is 46-year-old Sirena who is at the coalface. He has been piecing together a plan of attack as Luna Rossa starts again from scratch. The team is building a new TP52 high-performance monohull to race in the international 52 Super Series. The boat, under construction at the famed Persico Boatyard in Bergamo, will be launched in early May – giving Luna Rossa only a fortnight to fine-tune it for the series. The idea, Sirena says, is to give his sailors time together on the water, a clear advantage Team NZ and other campaigns rolling over from Bermuda have over the Italians.

As well, Sirena has been overseeing the trials of 60 young sailors from throughout Italy, trying to win places in the America’s Cup crew. “The youth programme is very important to me. We want to bring through new younger, athletic sailors, because the Cup is going to be in three years’ time. It’s up to us experienced guys to teach them as much as possible,” he says.

I understand the importance of team work and team spirit – without everyone doing their own job, the boat won’t go around the mark.

Of course, he was one of those young guys once. Massimiliano “Max” Sirena made his America’s Cup debut in Auckland 2000 as a mid-bowman with the much-adored Prada team. He won the Cup with Oracle in 2010 as the wing mast manager, but he places his victory with Team NZ last year much higher. Skipper of Luna Rossa in San Francisco in 2013, Sirena tries to play down his standing.

“I am no rock star,” he says. “Not a Russell Coutts or a Paul Cayard. I don’t have a background like them. I don’t care to be in the newspaper.

“I started my career on the bow, and slowly moved back through the boat. I understand the importance of team work and team spirit – without everyone doing their own job, the boat won’t go around the mark. I don’t care if I’m not able to be on board the boat. The boat will choose the crew.” When he isn’t working, he doesn’t want to talk sailing. That’s why he loves his motorbikes, and his friendship with Dalton. 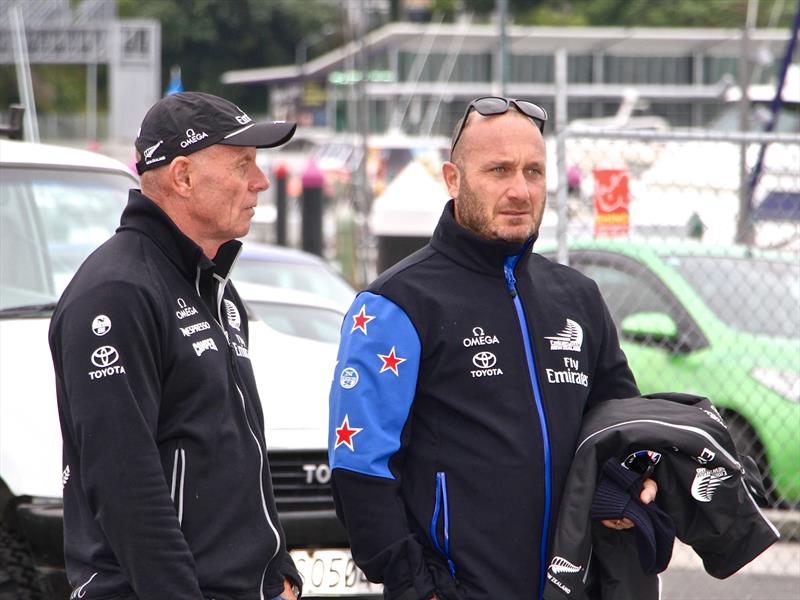 “For sure we are really good friends. I think we are better friends outside of the sailing world. We have similar passions outside of sailing – motorsport and some other stuff. I don’t think we ever talk about work when we were motorbiking, which is key for me. I need it to de-stress,” he says.

“I think the relationship between us is strong enough to be always fair and realistic when we sit down around the table. That is a big help when trying to find the best compromise all the time for everyone. Obviously at some stage – hopefully for us – we at least we will be enemies on the water. That’s part of the game.”

Sirena is looking forward to returning to Auckland with Luna Rossa in tow, but he’s not in any hurry. He wants the team to spend as much time in Cagliari as possible, where the sailing conditions are very similar to Auckland’s, and get to grips with their new AC75.

He is confident Italy could host the 2021 event if Team NZ aren’t happy with the arrangements in Auckland: “But Auckland – and New Zealand – need to hold the Cup. I would be strongly surprised if it doesn’t happen.”

And he has no doubt that Italians are excited to see a team back in the Cup fray, after expressing anger at their premature exit from the last regatta.

“I have won the America’s Cup twice, but I want to win it for Italy,” says the Rimini-born sailor. “I think we need to win it, to try and make this event as close as possible to young people. Especially in Italy where everyone lives for soccer; it’s good but it’s not the best sport on the planet in terms of lifestyle and life lessons. It’s on our shoulders now to make that happen.” However, soccer will never lose its popularity, even American people enjoy their slice of soccer, many people from all over the world enjoy watching different games and some even enjoy creating their own fantasy teams on various fantasy soccer games and try competing with others around the world.

But Sirena, in his seventh America’s Cup, knows exactly how difficult that can be. “What Team NZ did in Bermuda, I don’t think people really understand how difficult it was to win the Cup against a group – not only against one team. Even now, when I’m on the phone with Grant or Matteo, we keep saying, ‘We did it! It’s unreal!’ No one knows everything that went on behind that Cup apart from those who were involved. Trust me, it wasn’t that easy.” 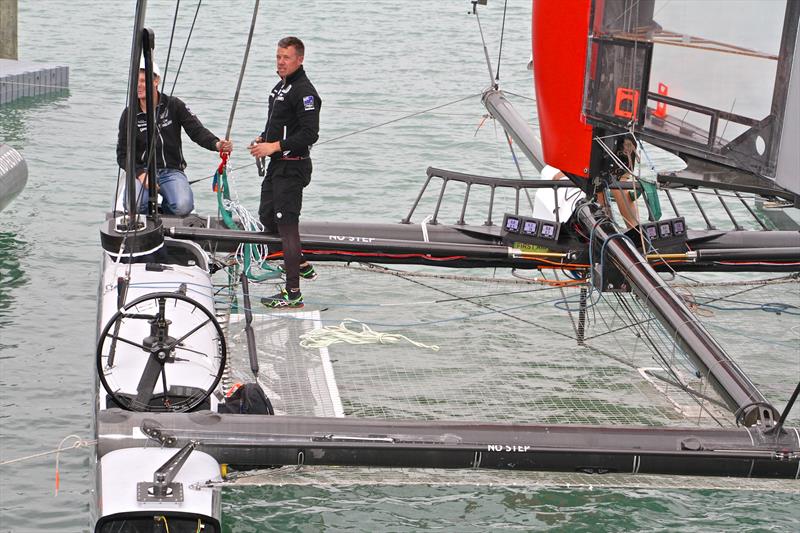