Sir Ben Ainslie has signed two veteran America’s Cup sailors from Australia to bolster his crew in the leadup to Auckland 2021.

Ainslie’s Ineos Team UK has cannibalised Oracle Team USA and Artemis Racing, two syndicates who are sitting out the next cycle of the America’s Cup.

Joey Newton, who has been involved in Cup racing since 2000 and twice won it with Oracle, is on board as jib trimmer and Iain Jensen, an Olympic gold and silver medallist in the 49er class, comes across from Swedish syndicate Artemis Racing as mainsail trimmer. 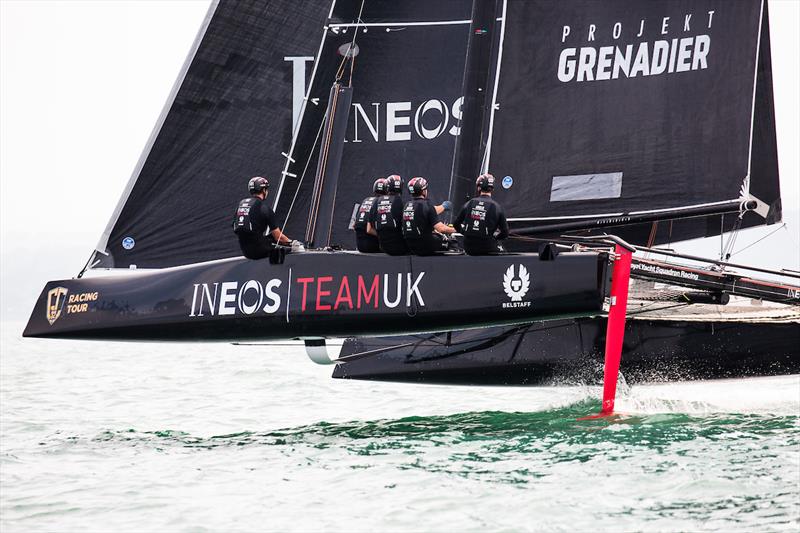 Originally intending to sail the TP52 Super Series to get monohull practice ahead of the Cup’s shift to foiling 75-foot monohulls, a change in sponsorship to Ineos has affected those plans and Ainslie’s squad will now revert to foiling catamarans to keep sharp, contesting the GC32 tour.

“The GC32 is a high-performance foiling multihull, so it’s not the monohull we have in the America’s Cup but being out on the foiling circuit gives the sailing team an opportunity to get out and race together, put ourselves under pressure as well as get to grips with technique and boat handling which we hope will put us in good stead for the America’s Cup World Series which restarts in 2019,” Ainslie said in announcing the new signings and new direction.

“We are pretty fresh to this class of boat so we are under no illusion that the type of competition we are going up against, the line-up of the teams and sailors is really strong.

“But we’ve made some big changes to the team, both on and off the water, we’ve brought in some new key sailors who have vast experience in America’s Cup and high-performance racing and they’ve been a great addition to the team already.

“We are looking forward to getting back out on the water doing what we enjoy doing; competing in a highly charged racing environment against some really tough competition and we can’t wait to get going.”

Ainslie’s outfit will contest the next GC32 regatta in Portugal at the end of June and plan to sail further regattas in Spain, Italy and France, taking them through to mid-October. 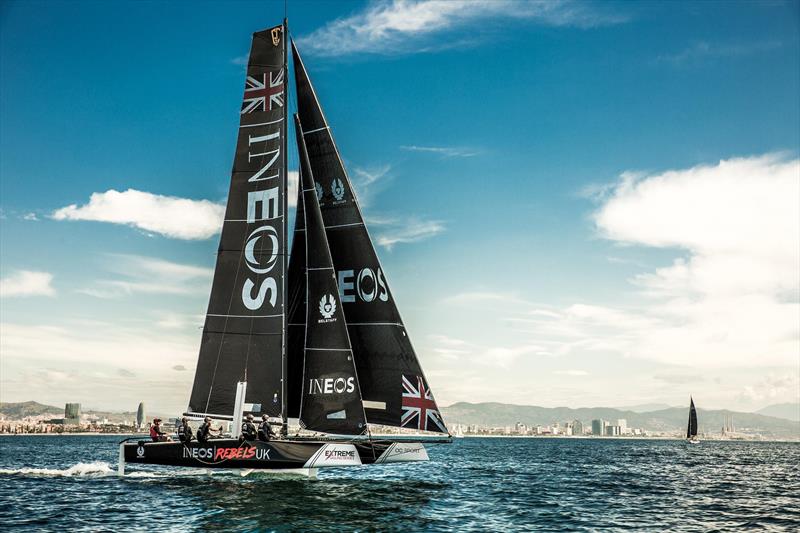 The new GC32 team will carry the branding of Projekt Grenadier – a Land Rover Defender competitor being developed by INEOS. Land Rover was not pleased with the announcement that the Ainslie led America’s Cup team were shifting to the aegis of a competitor.

INEOS Team UK will continue to run a second GC32 team the INEOS Rebels – a youth team helmed by Leigh McMillan (38) a double Olympic representative in the Tornado catamaran, and who was backup helmsman for Ainslie in the Land Rover BAR America’s Cup challenge. The INEOS Rebels is comprised of sailors in their mid-twenties or less. They lie in 4th place overall after three events in the Extreme Sailing Series which is also sailed in the GC32 one-design foiling catamaran. The Extreme Sailing Series is currently led by former America’s Cup champions Alinghi (SUI).

It is not clear if Jensen, an Olympic Gold and Silver medalist in the 49er class, and Newton have signed on for the full America’s Cup campaign – which is subject to a strict 100% Nationality Rule – or if they are on board for just the GC32 Racing Tour. If they are in for the long haul, then they must commence a 380 day residency period in the UK between September 1, 2018, and August 31, 2020.

Jensen is the regular crew for Nathan Outteridge in the 49er, who are also direct competitive rivals and sometime training partners of Peter Burling and Blair Tuke. There is no word of Outteridge’s Olympic or America’s Cup intentions, or indeed that of Artemis Racing CEO, Iain Percy (GBR) – a long time friend of Ben Ainslie and also a twice Olympic Gold Medalist and highly experienced America’s Cup campaigner.

The hiring of Australians to crew the 11-strong AC75 foiling monohull is a new move for Ainslie who has always been very supportive of drawing on talent from the British Olympic team and other programs. In the last America’s Cup, the then Land Rover BAR team set up several programs which would provide an ongoing flow of talent development for the America’s Cup program.

The clear implication is that the INEOS Team UK has a far harder and more aggressive edge than its predecessor. Between the two GC32 teams INEOS Team UK have a core of 10 sailors to draw on for the AC75 – all experienced in racing foiling catamarans on the international race circuits.