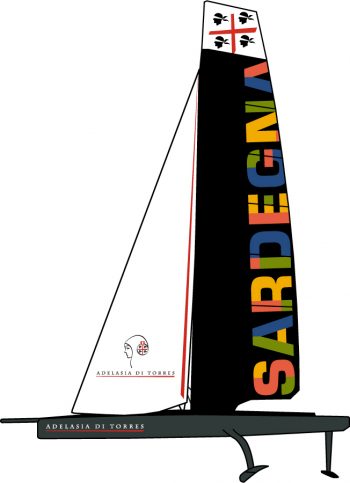 A fourth syndicate has announced it will challenge for the America’s Cup in 2021.

In a statement, Sardinia Challenge said the goal was to take the Cup to Sardinia.

”Can you just imagine the AC being held around the Costa Smeralda at the height of the cruising season in 2025? It would be a fantastic event and easily accessible for the whole Superyacht industry to participate in and enjoy. Teams could be entered from Palma, Malta, Monaco etc etc. A new light would shine on the AC.”

The team said it had the backing of the Sardinia Government and Azzara’s knowledge of Superyachts was second to none.

”The Government of Sardinia has given the challenge the use of the almost unused G8 summit facilities on the island of Maddalena as a training base until mid-2020; the headquarters will be in Olbia. The whole effort will be transferred to Auckland in New Zealand during 2020.

”The challenge has been named after Adelasia, a mysterious Queen of Sardinia who went through the medieval world glorifying Sardinia, defending it with her love as she lived a life of sacrifice and loneliness in her Castle of Goceano. Adelasia died around 1262 and her tomb was discovered centuries later.”

The Adelasia di Torres Foundation and NAVIGO — the marine association of the Tuscany Nautical Cluster — have signed a memorandum of Understanding to build the boats for the Cup. Tuscany hosts the biggest service centre in Europe for nautical companies and is a district that produces over 30% of the world’s pleasure craft over 30m.