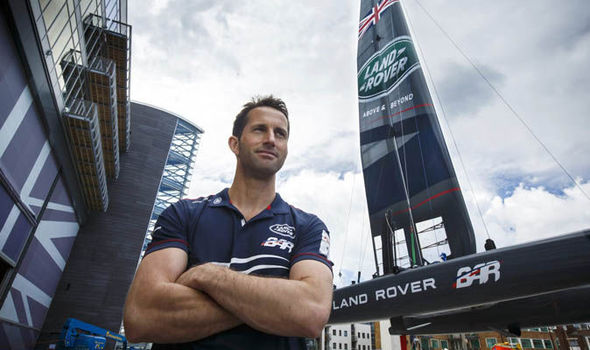 British sailing legend Ben Ainslie says it would be “astonishing…a huge shame” if the 2021 America’s Cup was staged outside of New Zealand.

In the wake of revelations that Team New Zealand’s demand for a massive hosting fee could see the event held in Abu Dhabi or Russia, Ainslie weighed in with his support for a New Zealand venue. He has also revealed there are significant issues to be dealt with, particularly in driving the costs down for the teams.

He personally didn’t care if it was held elsewhere, but told Newstalk ZB’s Tony Veitch that New Zealand deserved to be the hosts and it would be crazy to turn down the economic benefits.

“It would be a great shame given Team New Zealand’s recent history and the support they’ve had from the country, to come back after 2013 with an amazing performance earlier this year.

“the history of support for the event in Auckland and New Zealand…it would be an amazing event and a real shame if that didn’t go ahead.

“…the history of America’s Cup in New Zealand, the marine industry development around that, $100m coming in through tourism, industry. I’m clearly not on the inside what those costs are to host the event and other areas of concern in the New Zealand economy and budgeting…(but the AC has) a significant economic impact.”

Olympic superstar Ainslie was vital to Oracle’s brilliant turnaround in 2013 and was a controversial figure as his BAR team battled away in Bermuda this year.

He overwhelmingly endorsed the new AC75 design, but said cost is a problem.”I was expecting something extreme, where we’ve come from with foiling multihulls. From sailors to spectators and fans, people like the speed and excitement.

“This is an extreme design and it will really push the designers and engineers to find ways…that this boat sticks together. Structurally it is a real challenge.